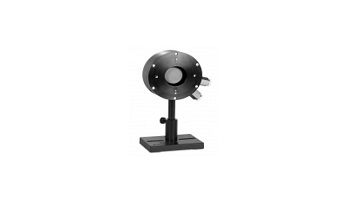 Photodiode sensors are used for low powers from picowatts up to hundreds of milliwatts and as high as 3W. Thermal sensors are for use from fractions of a milliwatt up to tens of thousands of watts.

UV, VIS, and IR LEDs are replacing traditional light sources and are enabling new applications. Our partner offers a number of choices in LED power measurement – use the LED sensor finder to find the right sensor.  For cases where a complete image of the beam distribution is necessary, use a beam profiling camera.

We offer Laser Power and Energy Meters working on the smart plug principle. This means that almost any power meter from our partner can work – plug and play – with almost any of the wide range of sensors. Their power meters are also the most precisely calibrated units on the market thus measuring with the highest accuracy. As for ease of use, laser power meters have the most user friendly interface. The meters also come with a versatile and easy-to-use software for use either stand-alone or interfaced with LabVIEW or the users’s own software.

The Camera-based Beam Profiling System consists of a camera and analysis software. Often times, this system will need to be used with beam attenuation or beam sizing accessories, depending on your laser application. The advantage to camera-based beam profiling is the real-time viewing and measuring of a laser’s structure. Special software includes an extensive set of ISO quantitative measurements, features a rich graphical interface, and features its patented unique algorithm, providing the industry’s highest accuracy measurements.

The advantage of Scanning Slit Beam Profiling is sub-micron precision for measuring beam position and size with NIST traceable accuracy. Scan head configurations include silicon, germanium, and pyroelectric versions for a wide range of wavelengths and laser power levels. The special software is available in two versions: standard and professional, and includes an extensive set of ISO quantitative measurements, an M2 Wizard, and the ability to measure laser power.

This website uses cookies to improve your experience while you navigate through the website. Out of these, the cookies that are categorized as necessary are stored on your browser as they are essential for the working of basic functionalities of the website. We also use third-party cookies that help us analyze and understand how you use this website. These cookies will be stored in your browser only with your consent. You also have the option to opt-out of these cookies. But opting out of some of these cookies may affect your browsing experience.
Necessary Vedno omogočeno
Necessary cookies are absolutely essential for the website to function properly. This category only includes cookies that ensures basic functionalities and security features of the website. These cookies do not store any personal information.
Non-necessary
Any cookies that may not be particularly necessary for the website to function and is used specifically to collect user personal data via analytics, ads, other embedded contents are termed as non-necessary cookies. It is mandatory to procure user consent prior to running these cookies on your website.
SAVE & ACCEPT